Firstly, I should probably answer the question of what mathematical biology actually is. As the name suggests, it is the application of mathematical techniques to biological problems. But why should we want to do such as thing, when experiments can be run? Why would be want to turn the beauty of nature into an ugly equation? Well, here are a few reasons off the top of my head:
As mentioned above, my main interest is in pattern formation. Mathematically, we have a number of models that produce qualitatively the same patterns as animal skins. You can see this below; on top you have a the skins of a cheetah, a poison arrow frog and a giraffe; all of which have distinct patterns. Below this you have the mathematical patterns which can be produced using only one mathematical theory.

An important aspect of Turing's is that it suggests many types of animals depend on the exact same mechanism to produce their individual patterns. This supports the idea that evolution has simply picked a simples mechanism, whilst mutations and various types of selection will specify how the model behaves. Interestingly, it is not just skins that are thought to use these patterns, they even appear of animal shells, as seen at the top of the page. The left picture in each couple is a real shell, whilst the right picture is a computer simulation.

The patterning systems we use tend to rely on diffusion as the key mechanism. In terms of evolution this is important as it suggests that no energy from the animal is needed to produce the pattern; only to create the reactive agents (called morphogens) which will naturally diffuse.

Next week I'll be demonstrating how we model diffusion mathematically.

The original idea that diffusion could create patterns instead of just wiping them out first proposed by Alan Turing in his landmark paper, The Chemical Basis of Morphogenesis, As such Turing can be thought of as the founder of mathematical biology.

The application of Turing's theory to shells can be seen in Han's Meinhardt's book, The Algorithmic Beauty of Sea Shells.

Email ThisBlogThis!Share to TwitterShare to FacebookShare to Pinterest
Labels: Biology

2012 is the year of Alan Turing's centenary. Not only was he the father of computational logic as we know it today but he also had a lesser known interest in biology. Specifically, he was interested in such questions as:
In 1952 he published a paper, The Chemical Basis of Morphogenesis, trying to answer these questions. His ideas were revolutionary and not fully appreciated at the time. However, his paper was the start of a whole new field of mathematics, which 60 years later still uses his ideas as their foundation.

Over the next few weeks I'll be giving you an insight into how mathematics can unravel the mysteries of biological development. Not only does this extend our understanding of the natural world but it also offers us a new way to appreciate the beauty, simplicity and diversity of the world around us.

We start next week, where I will illustrate what a mathematician interested in pattern formation can do.

Email ThisBlogThis!Share to TwitterShare to FacebookShare to Pinterest
Labels: Biology

Maths laugh 6. Up to date satire. 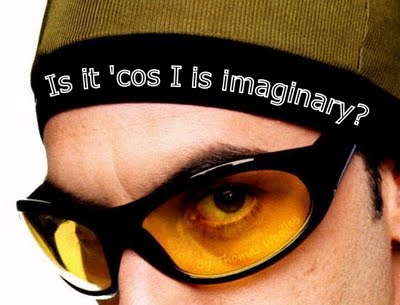 As usual, tweet me any maths jokes to illustrate @ThomasEWoolley.
Posted by Thomas Woolley at 08:00 No comments:

Email ThisBlogThis!Share to TwitterShare to FacebookShare to Pinterest
Labels: Laugh

What "The Code" could have been...

On Wednesday 27th July 2011 a new three part documentary hit the British television. It was called The Code, hosted by Professor Marcus du Sautoy and had the intention of demonstrating how mathematics can be used to unravel the mysterious code that surrounds the natural and man-made world. The reaction to the shows has been mainly positive and some of the footage has truly been breathtaking (see the footage below of the bubbles creating the platonic solids, incredible!).

Whatever your thoughts or feelings are about The Code, I wanted to share with you some information about what The Code could have been and let you make your own mind up as to whether they chose the right program.

At the beginning of February 2010 I had the amazing fortune to be asked if I would like to work as a researcher on a new mathematics program called The Code. Of course I jumped at the chance. So the things I explain here are my from my own experience. They are not hearsay or rumours, just plans that never came to fruition.

The competition aspect of The Code was there from the start and it was always the intention to have the programs weave with online content. However, the style of the show had originally been very different. The plan was to team Marcus up with a different celebrity each week and challenge them to do something amazing. The celebrity would admit that they could not complete the task and the program would track the celebrities progress as Marcus tries to teach them the various, simple mathematical principles that would allow the celebrity to achieve their goal.

My job was to develop the celebrity challenges. It certainly was not easy. I had to produce an exciting result using simple mathematics. My favourite example that I came up with was:
get the celebrity to try and measure the height of a cliff standing over water. Tape measures wouldn't be possible, so, instead, they would have to learn trigonometry.
Now you may think that is extremely mundane, however, the next part of the challenge was to:
get the celebrity to jump of the cliff using a bungee cord based on their calculation.
Not only do the have to work with heights but they have to take into account the extension of the chord as well. They would literally be placing their lives into the hands of mathematics.

I created five or six such activities like that mentioned above, wrote them up in a treatment, was paid for my work and left White City, having had an amazing experience. However, on my last day I was told what would then happen to my work. The pitch would go forward and either get funded or not. If the idea was not commissioned it would be recycled until they found a format that worked. If it got funded, the project would get sent to a production team who could COMPLETELY IGNORE all the development work!

So the next time you watch an episode of The Code (the last episode is to be aired Wednesday 10th August), think about what it could have turned into and ask yourself:

Did the BBC make the right choice?

Email ThisBlogThis!Share to TwitterShare to FacebookShare to Pinterest
Labels: Media 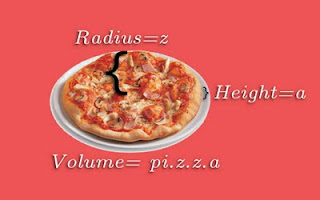 For some more maths based food I recommend the following links from the Evil Mad Scientist Laboratories:
Koch snowflake cupcakes
Sierpinski cookies

Here is a demonstration of how to cut a bagel into two connected pieces and, finally, turn your fruit into platonic a solid.
Posted by Thomas Woolley at 08:00 No comments: