Last time I asked if we could work out which caterpillars from Figure 1 are safe based on the following rules:
As I suggested Venn diagrams are expertly suited to this kind of puzzle.

To solve the puzzle using Venn diagrams we, first, decide what our sets are going to be. In the clues there are 4 features that are discussed: teeth, blue eyes, spots and spikes. Thus, we construct a Venn diagram of these four qualities and insert the caterpillars to their appropriate spaces. This can be seen in Figure 2. Note that in this specific problem we have to use the full Venn diagram form of the four sets, rather than the Euler diagram that we discussed, previously.
Now that we have our diagram we use the clues to remove sections and restrict the safe caterpillar possibilities.

The simplified Venn diagrams corresponding to each of the clues can be seen in Figure 3. For example, the first clue states that animals with blue eyes and spots (but, perhaps, not both) are dangerous. Thus, we remove the sections corresponding to the blue eyed caterpillars and the spots. However, the region over which they intersect is left, because we can't be sure if those caterpillars are dangerous or not.
This process is carried out for all three clues. Finally, we put together only the sections that remain in all three diagrams in Figure 3 to get Figure 4. 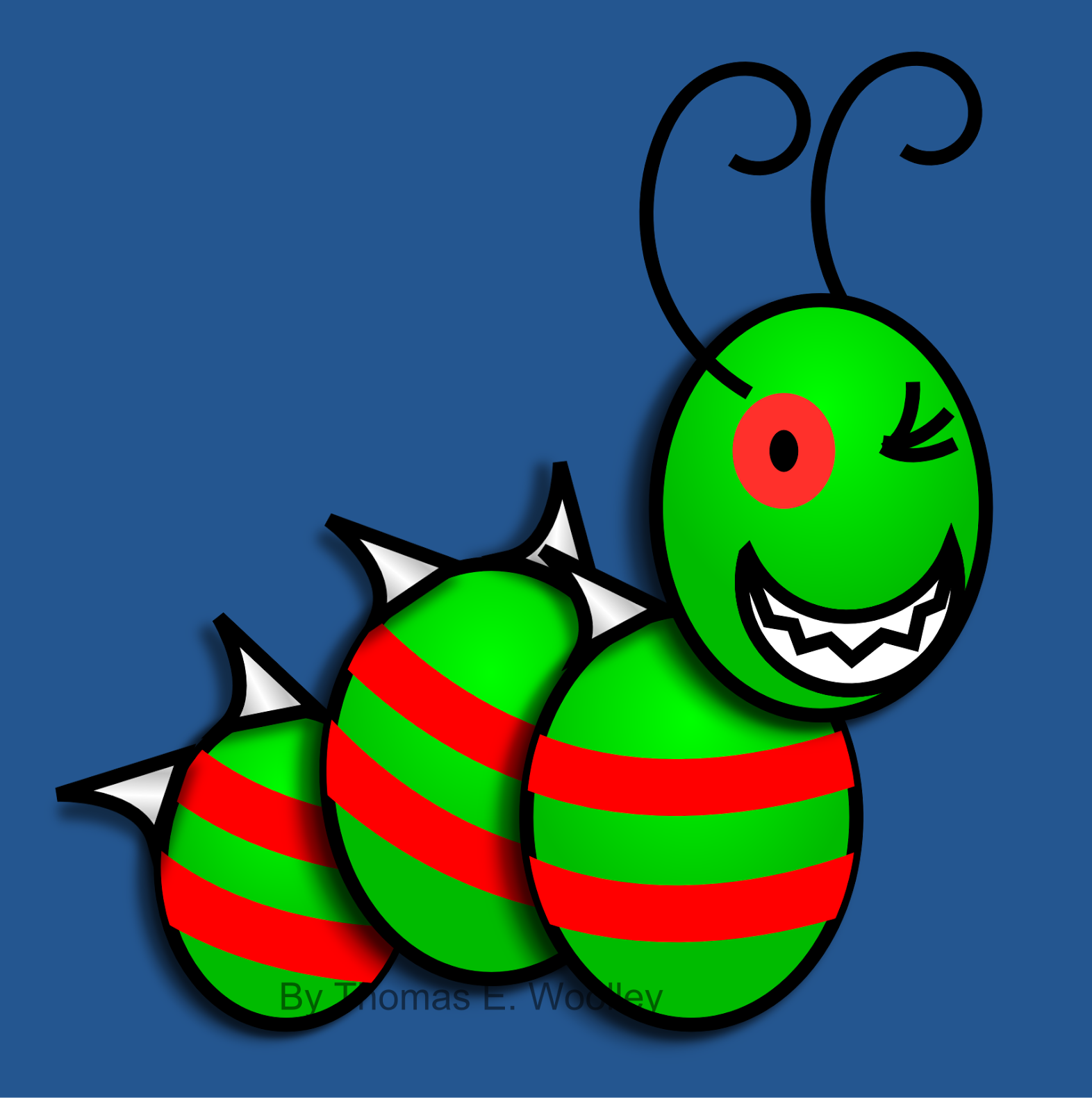 As you see will from Figure 4 there are only 3 sections of the Venn diagram left. These include two sections in the blue eyes and spots region. Because of rule 1, we cannot tell if those sections are safe, or not. Luckily, there are no caterpillars in these regions, so no risks need be taken. The only caterpillar left has both spikes and teeth... would you trust this guy?
Posted by Thomas Woolley at 09:00 No comments:

A long time ago I posted about Venn and Euler diagrams and I have been meaning to get back to this subject. Coincidentally, it was John Venn's 180th birthday on the 4th of August, celebrated by Google, so I cannot think of a better time to revive the subject.

Firstly, we recall the all important definition: a Venn diagram contains every single possible intersection between all combinations of the sets. This can be compared with an Euler diagram, which only shows the intersections in which you are interested. An illustration of this can be found in Figure 1.
As I mentioned, these are great ways of seeing logical information quickly and clearly. To show how useful they are let us consider the following puzzle. 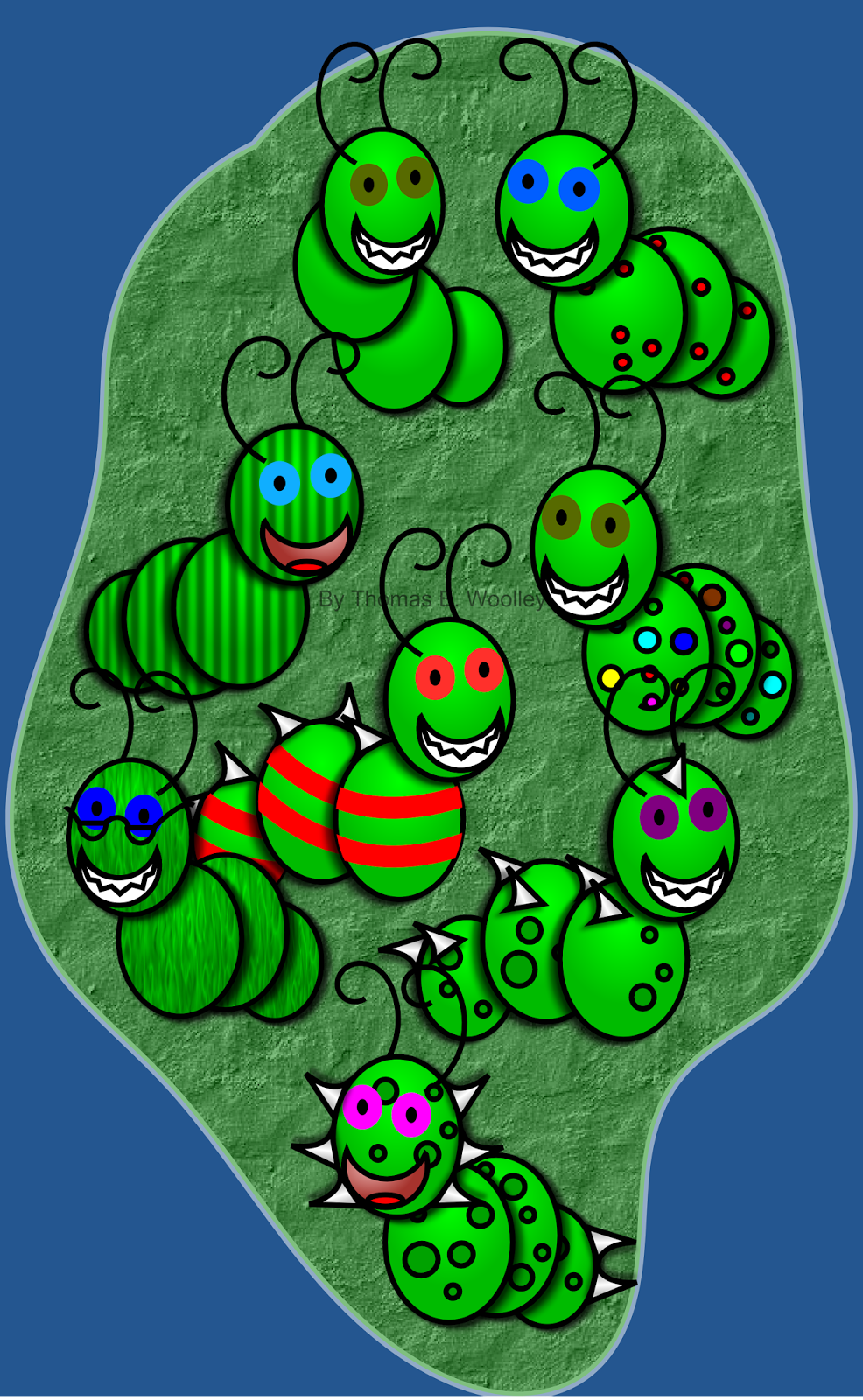 Unfortunately, some of them are dangerous to touch. Equally troubling is that I do not know which the dangerous ones are! All I know is that the following three statements are true:
Using just these facts, which caterpillars are safe to touch?

Now of course there are many ways to solve this little puzzle, but Venn diagrams offer a really nifty way of seeing the solution simply and completely. Have a go at solving it and I'll post the solution next time.
Posted by Thomas Woolley at 09:00 19 comments: