Last time I gave a rigorous proof that if a number, N, was composite then the N-set Venn diagram could not be rotationally symmetric. Further, as we have seen previously, the 2-, 3- and 5-set diagrams (reproduced below) do have rotational symmetric forms. 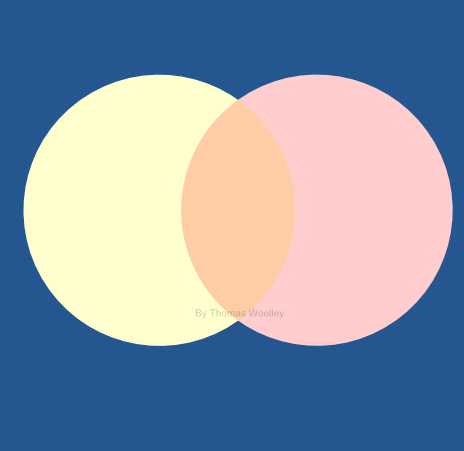 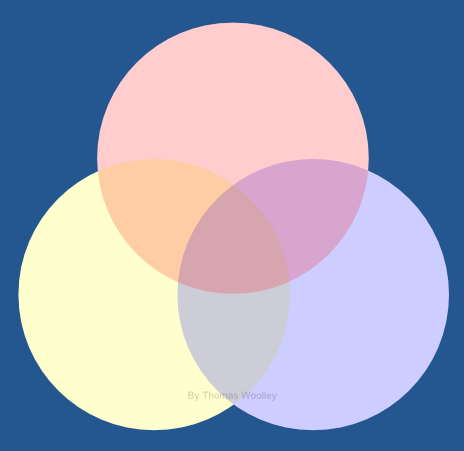 Surely, the evidence suggests that all Venn diagrams with prime numbers of sets have rotational symmetric forms, right?

Well, of course, "suggestion" isn't good enough for mathematicians. We demand logical proof more rigorous than any other science.

Surprisingly, this question has only been laid to rest relatively recently. In fact, up until 1992 some people thought that a rotational form of the 7-set diagram did not exist at all. The 7-set rotationally symmetric diagram was first created by Branko Grünbaum, whilst he was actually trying to disprove its existence!
There the problem stayed until 1999, when Peter Hamburger introduced a new idea of how to generate such diagrams [1]. Using his technique he pushed the bounds to 11 sets. Two examples of such diagrams can be found below. 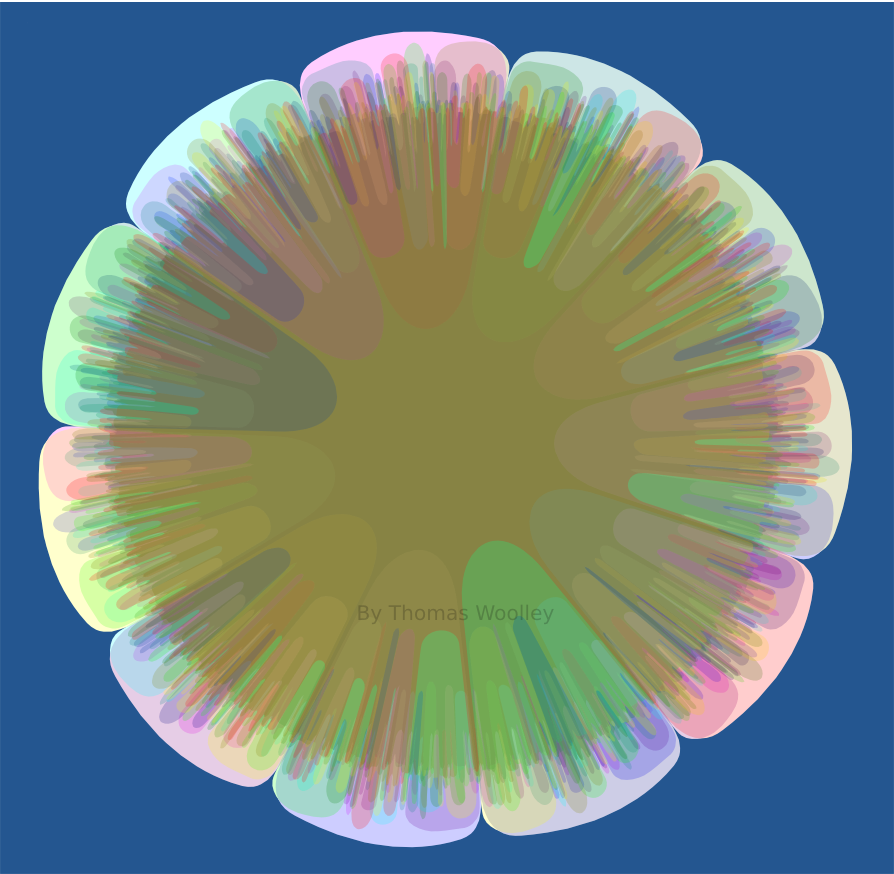 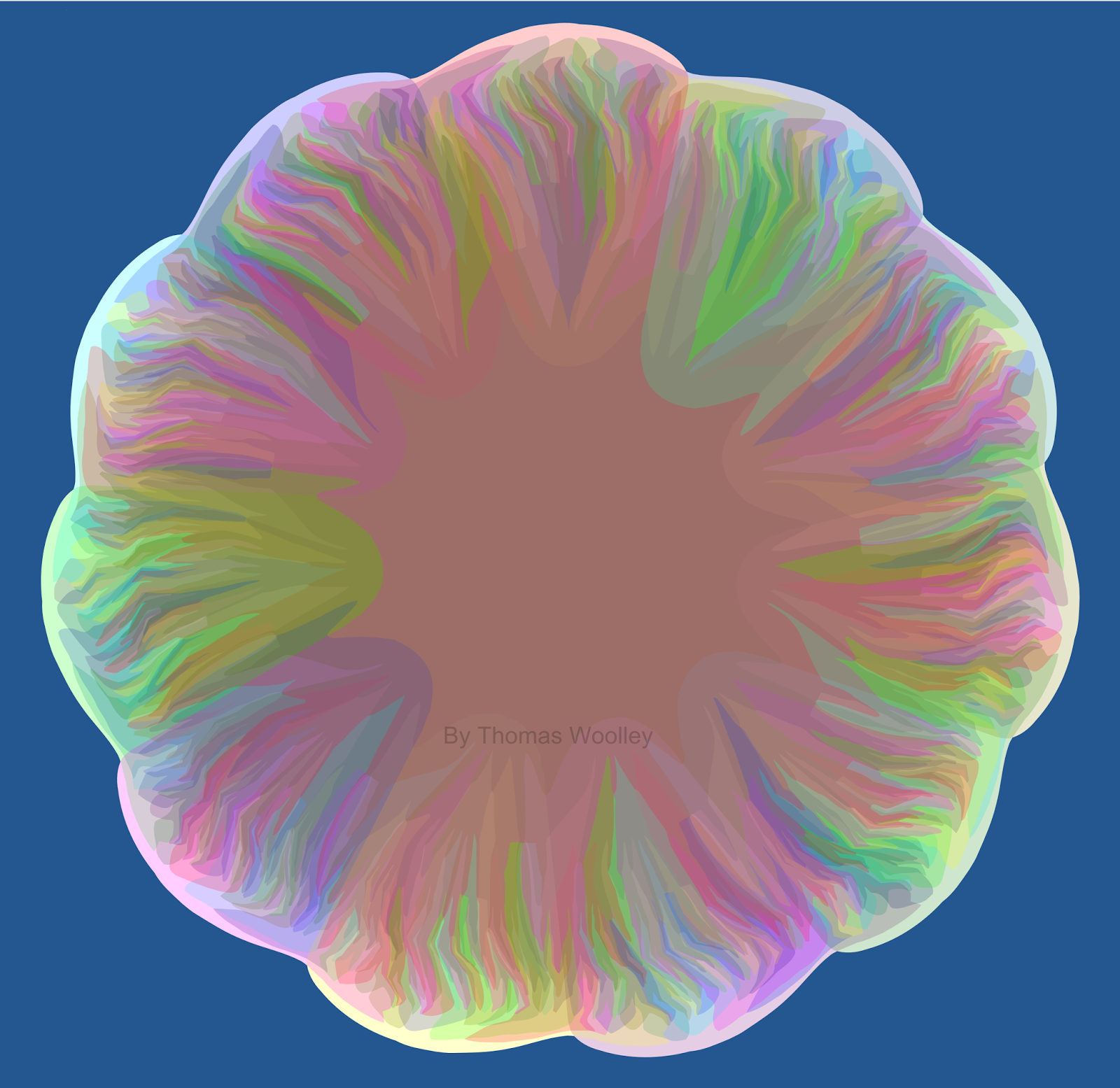 Building on Hamburger's technique Jerrold Griggs, Carla Savage and Charles Killian demonstrated that it was possible to produce rotationally symmetric Venn diagrams whenever the number of sets is prime [2]. Unfortunately, the proof of this claim is quite complex and far beyond my capabilities to convey in a simple and intuitive way. However, for those seeking more details, the reference can be found below.

So, the question was finally laid to rest. Or was it? As I originally stated when we first started discussing rotationally symmetric diagrams, mathematicians love to abstract any property they can. Hence, once a problem has been solved a mathematician will try to solve the problem once again under heavier constraints.

Thus, mathematicians are now looking for Venn diagrams that are "simple". A Venn diagram is simple if at all points there are at most two sets crossing each other. In the diagrams above the constructions are so complicated that at some points three or more sets cross each other at the same point.

The question of existence and how to create a simple rotationally symmetric Venn diagram is still open. However, in 2012 Khalegh Mamakani and Frank Ruskey produced the first example of a simple symmetric 11-Venn diagram [11]. This has been reproduced below. 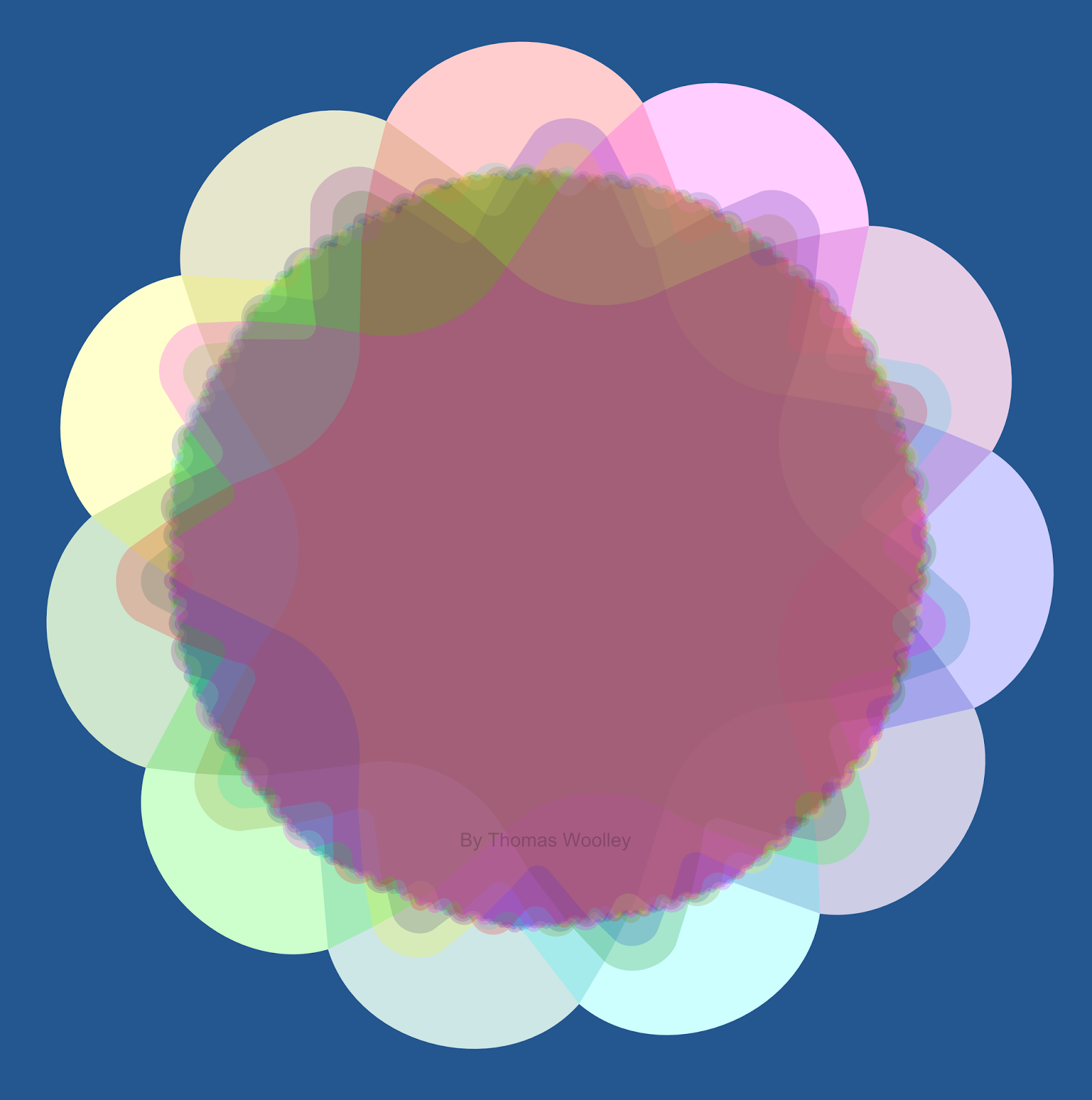 Zooming into the Venn diagram (below) we see the intricate details of all the curves passing through one another. Yet, by definition, we can be sure that there are only ever at most two sets crossing at each point.

As we have reached the edges of our current knowledge we come to the end of my posts regarding rotationally symmetric Venn diagrams. I hope you have enjoyed learning about these beautiful diagrams just as much as I have enjoyed creating them.